Connecting East to West for more than a decade

The story of Dharma College begins in Tibet. Born in 1935, Tarthang Tulku was one of the last traditionally trained Lamas in the Nyingma tradition. He received transmission of important Tibetan Buddhist lineages from nearly 40 masters, including such extraordinary luminaries as Jamyang Khyentse Chokyi Lodro, Adzom Gyalse Gyurme Dorje, Zhechen Kongtrul, and Tarthang Choktrul.

While in India he also received rare teaching transmissions from H.H. Dudjom Rinpoche, H.H. Dilgo Khyentse Rinpoche, H.H. Trulshik Rinpoche, and H.E. Tulku Urgyen Rinpoche, among others. He has written over 34 books that have been translated into various Western languages and adopted for class use by universities around the world. Among his many unique accomplishments, Tarthang Tulku is the founder of the Odiyan Buddhist Retreat Center and the Nyingma Monlam Chenmo World Peace Ceremony along with the International Tipitaka Chanting ceremony. Today, his legacy continues with his eldest daughter, Wangmo Dixey as the Director of Dharma College. 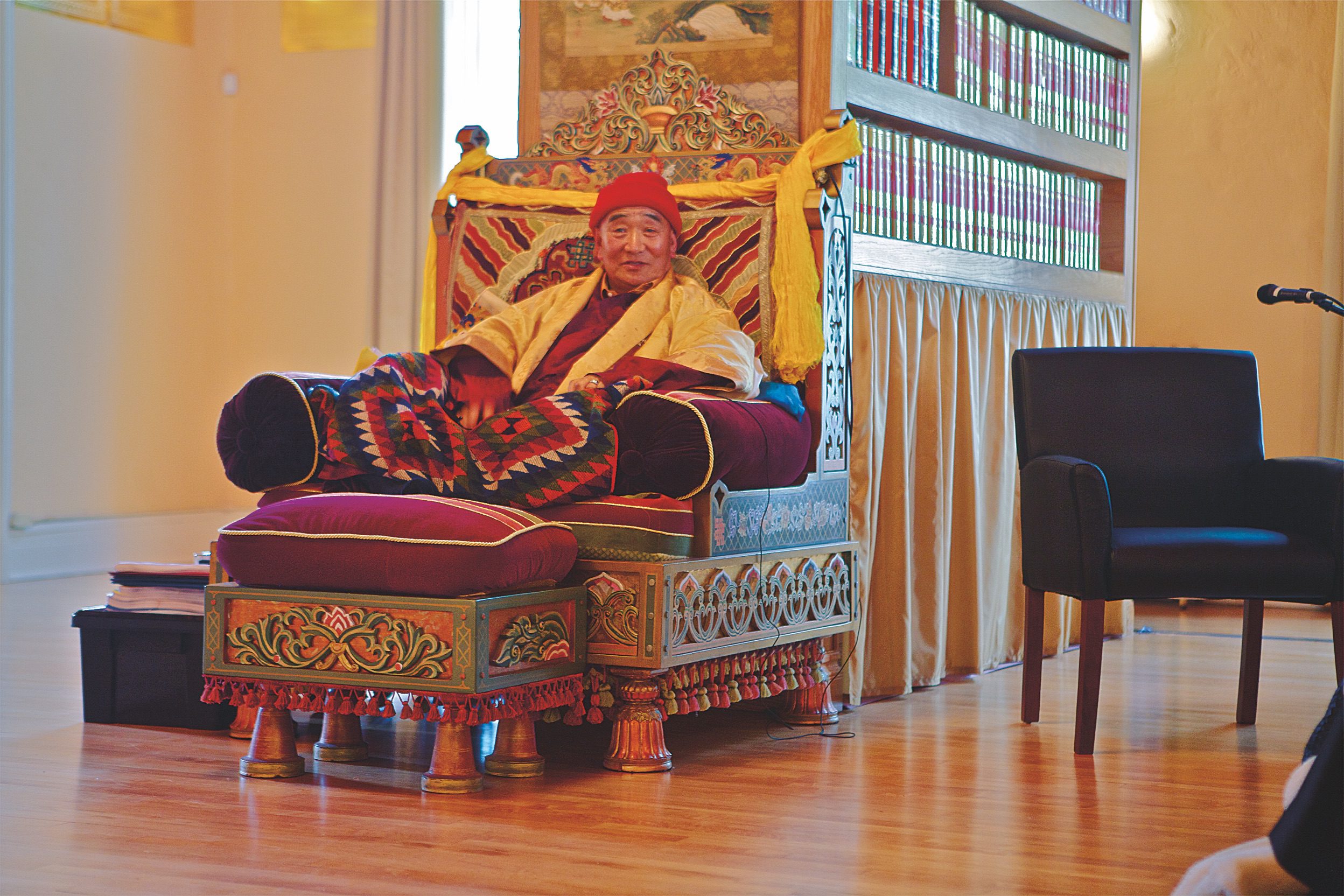 In 2011, Tarthang Tulku, along with other teachers, founded Dharma College. It was neither a typical American college nor a traditional Dharma Center. Situated in the historic Armstrong College Building in the heart of Berkeley. The building’s three floors provided ample space not only for traditional classroom instruction, but cultural events and community building as well. This new organization brought a modern approach to traditional teachings, enhanced by the Bay Area’s grounding in human development, science, and philosophy.
Read More

While grounded in ancient texts and a proud history, what’s next for Dharma College is up to you. As our community of Dharma College graduates grows, we continue to evolve how we both gather and explore personal and global transformation. There’s space for anything.

This photo was taken at the White House in May 2021 where Rinpoche lit for the first time in America the lighting of the butterlamp in honor of Vesak. He was accompanied by his eldest daughter, Wangmo Dixey.